arising from and falling back into the earth... 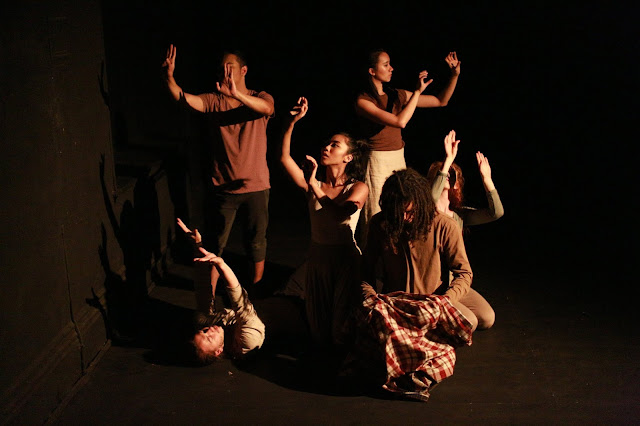 Last night I went to see The Bhumi Collective, a 'multi-disciplinary theatrical performance by a collective of Singaporean and British theatre, dance and music makers based in London'  (bhumi is Sanskrit for 'earth').

I'm excited beyond measure, on all sorts of levels. Mainly, I think, because it so beautifully explores the mixing of many things that history, culture and tradition so often try to keep separate. It made me think about this in relation to some of the themes that seem to be trying to emerge through my images.

Humans as not distinct  from the earth. 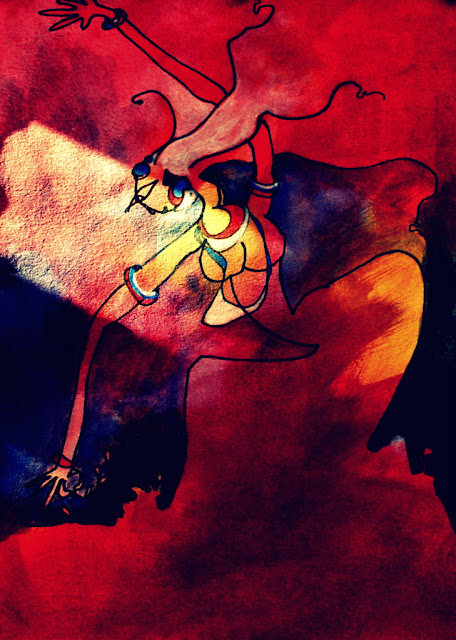 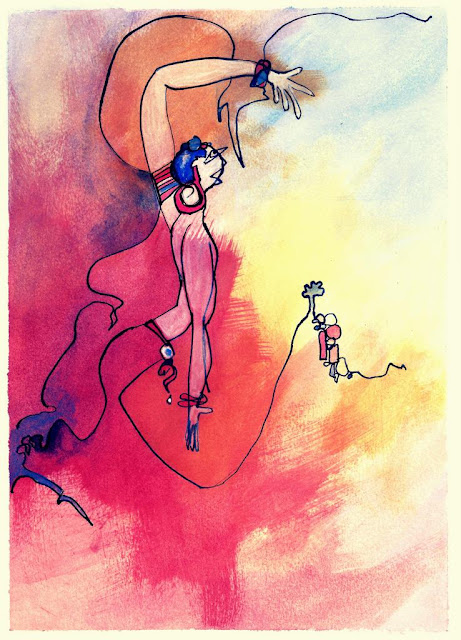 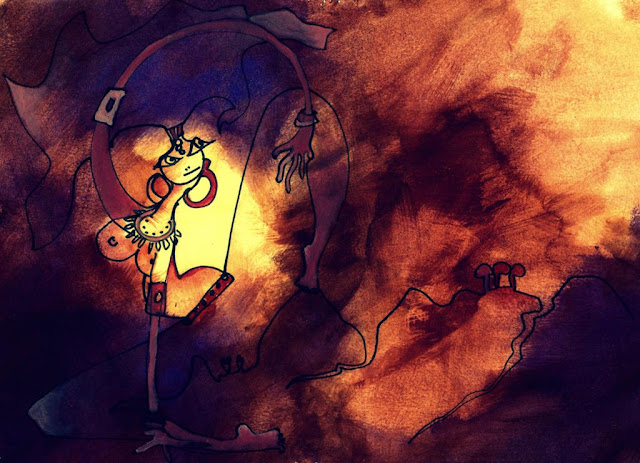 Humans as not distinct from other creatures. 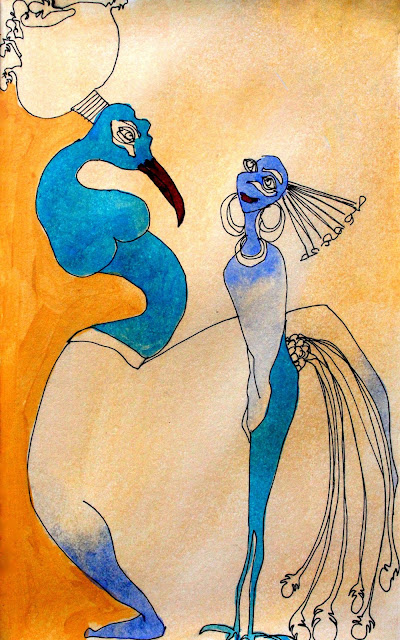 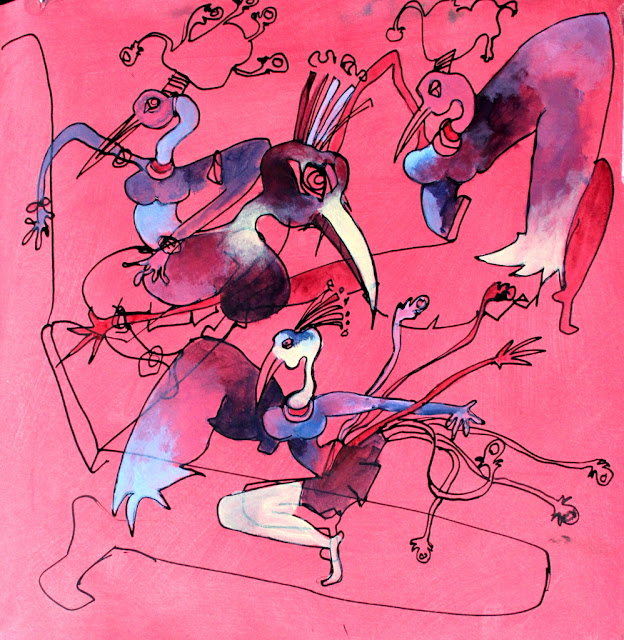 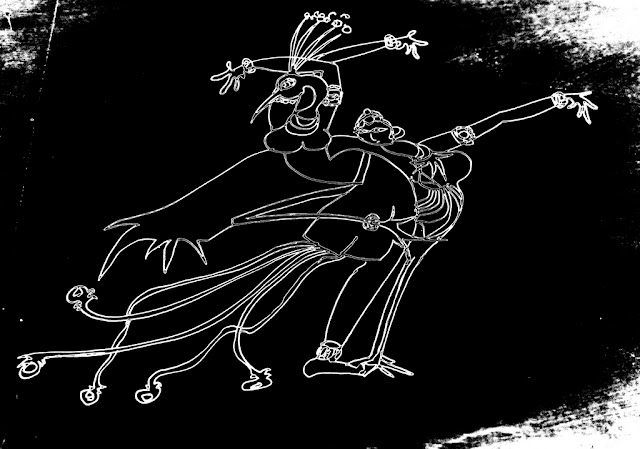 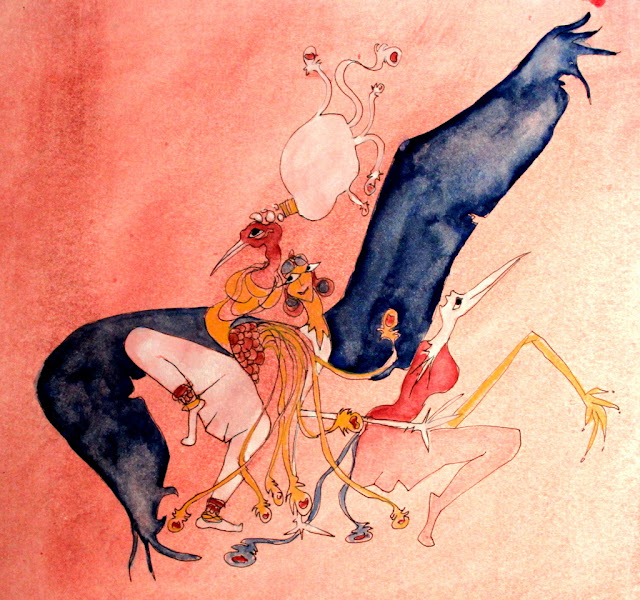 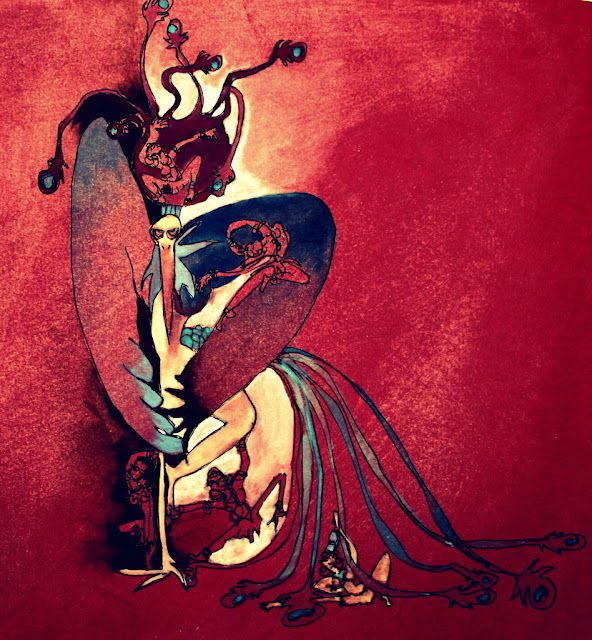 Watching Soultari Amin Farid made me think of another thing that's been happening in the images that I had only dimly noticed...the merging of gender distinctions. 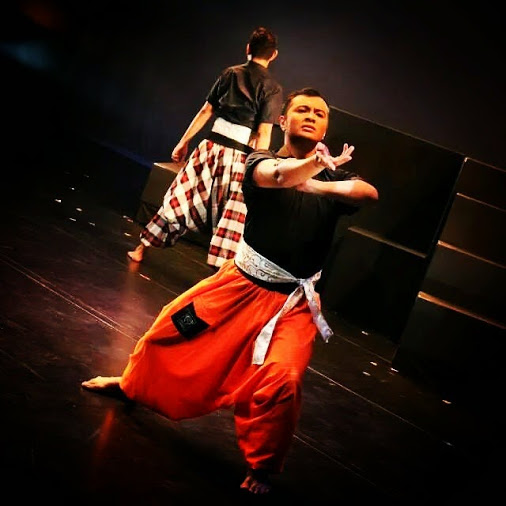 South Indian, Balinese, Indonesian and I assume Malay aesthetic traditions have an entirely different take on what is appropriate and possible in relation to both adornment and movement. Men's eyes can be outlined in black; kings, mythical figures, and dancers may be heavily adorned with coloured silks, sashes or jewellery; movement and gesture flow and undulate in ways that cross all traditional AngloEuropeanAmerican gender boundaries.


In the piece, when Soultari Amin Farid is teaching the other dancers aspects of Malay dance, he outlines very clear traditions in relation to male and female cultural roles. But when he himself dances, I see everything mixing up in ways that free the human spirit from all such restrictions... 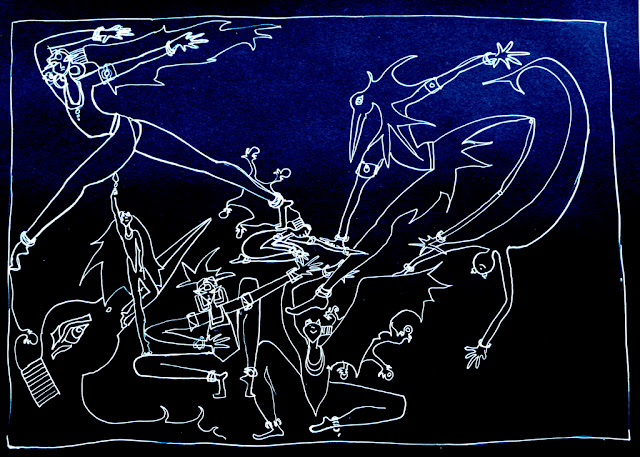 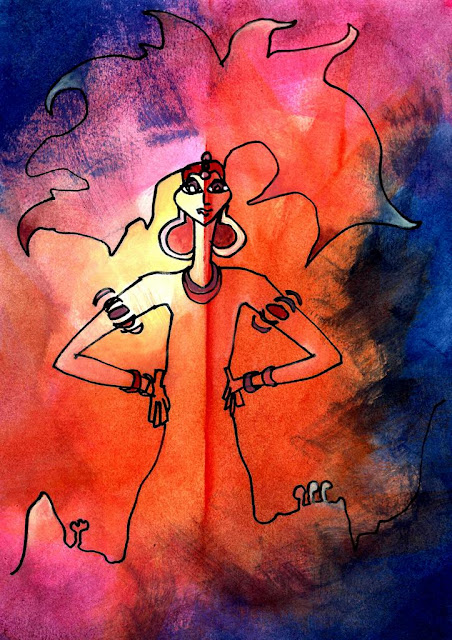 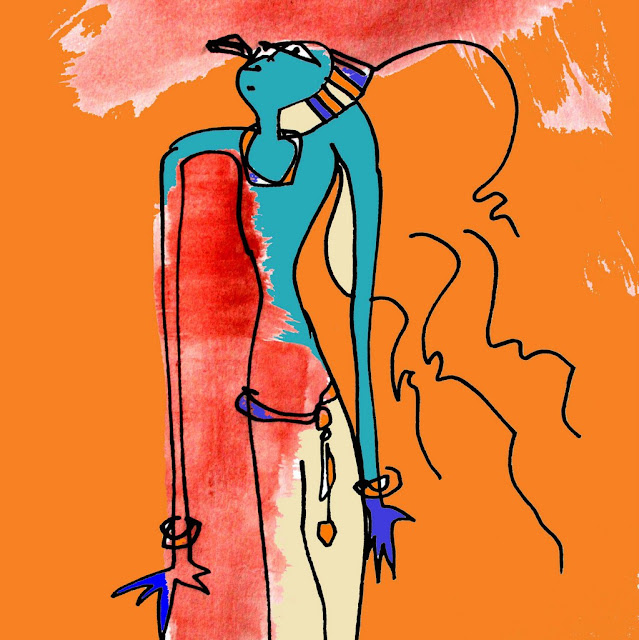